Summer Learning at the Battlefield

It may sound a little crazy, but for something as significant as the 150th anniversary of the Civil War, one needs to take extreme measures. The sesquicentennial (say that five times fast) of the battle that ripped our country in two approaches in 2011, and what better way to get prepared for it than to spend this summer boning up on the history?

In addition to others, the city of Manassas, home of the historic first battle of the war – called the Battle of Manassas or Bull Run depending on whether you were Yankee or Confederate – is going to pull out the stops for the celebration, and so should you.

During 2011, leading up to the commemoration of the anniversary on July 21 through 24, the city will have re-enactments, battlefield tours, museum exhibits and more.

Months will be spent focusing on the nation’s divisive past, but if you want your children or students to be enthusiastic and involved come next year, spend this summer laying the groundwork for the love of our history.

Now is the perfect time. With school out, the young brain is preparing for the typical sedentary summer, but what it really needs is a little continued education in an attractive package.

Fortunately, in history-rich Northern Virginia, our young learners have plenty of places they can go in person to learn.

We mentioned the need to ready the young mind for the historic celebration approaching in 2011. Well, Independence Day is around the corner, and that is a good time to prepare a unique educational outing for your son and/or daughter. Tell them that in a year, the 150th anniversary of our nation’s great family dispute will be launched into high gear by jurisdictions hoping to cash in on history, and they should prepare to take it all in by spending some time learning this summer.

A great place to start is the Manassas National Battlefield Park in Prince William County. This sprawling area of fields and forest is an almost untouched memorial to the Civil War. A visitor’s center provides books and exhibits discussing the famed First and Second Battles of Manassas (Bull Run to you northerners) that took place in the battlefield. Guided tours combine a sense of place with stories to bring history alive. Additionally, at various times re-enactors come out to the battlefield. If you are lucky, you might even catch the loud BOOM of a historically accurate Civil War cannon. Also, if your children are spending a little too much time indoors this summer, the battlefield features historic walking paths that can take you on vigorous marches through history. That’s a great way to combine exercise with education. Head out to the battlefield visitors center and find out what’s available and when.

For more Manassas information, you can drive a few miles up Va. 234 from the battlefield into Old Town Manassas and check out the Manassas Museum. It is dedicated to telling the story of the historic town, including its part in the Civil War.

Looking elsewhere in Prince William County, we see more places where the area’s rich history can be explored.

In Dumfries, the Weems-Botts Museum can give one an understanding of the town’s historic past. Additionally, town history can be further examined at a variety of significant locations.

Henderson House in Dumfries was built around 1750 by Daniel Carrol Brent. During the Civil War, this house was used as a hospital. Though it was there to save lives, it was not spared the travails of battle – cannon fire damaged a portion of the house during the war.

Then there’s the Williams Ordinary in Dumfries. This two-story building was built to look like an 18th century mansion and served as the headquarters of the Confederates during a portion of the Civil War.

Prince William County’s oldest courthouse, the Brentsville Courthouse, is a place with many historic links as well. Confederate soldiers used the courthouse lot as a recruiting area, Union soldiers stormed it in 1862 and raised the Union Flag, and at one point, the courthouse roof was destroyed. That is just some of the historic courthouse’s involvement in the Civil War. The building’s significance goes further back than the Civil War and continues long after its end. A trip out there could definitely bring history alive for children and teenagers.

If you are looking for ways to keep your child’s mind active over the summer or to prepare them for the Civil War’s 150th anniversary, visit any of the areas we have talked about. Also do some research for yourself — there are many more places in Northern Virginia where one can learn about the historic importance of the region.

With the Internet, we have a wealth of resources at our fingertips, and that information can help guide us out into the world to learn more about it. Take advantage and see what you can find. 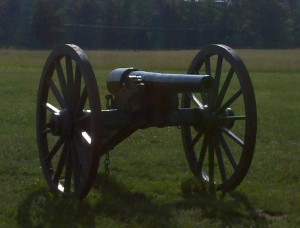 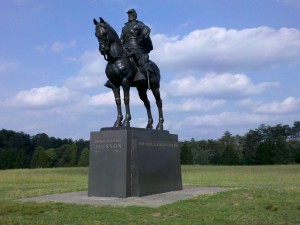